EU-US Insurance Agreement: what it means to reinsurance 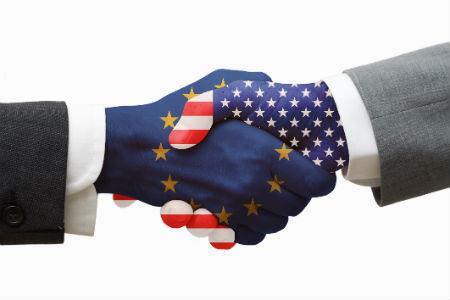 Reinsurers could benefit to the tune of $45bn following an agreement earlier this year between the EU and US, which could see a long-awaited breakthrough on the necessity for collateral requirements.

The covered agreement covers three areas of “prudential insurance” oversight, including reinsurance, group supervision, and the exchange of insurance information between supervisors.

The most significant element of the agreement is the abolition of regulatory requirements to post collateral for reinsurers’ transatlantic business, according to Fitch Ratings.

“It could also lead to greater competition, which would put pressure on pricing and profitability.”

The most significant element of the agreement is the abolition of regulatory requirements to post collateral for reinsurers’ transatlantic business, according to Fitch Ratings.

The covered agreement is still subject to approval from the EU Parliament and the US Congress, and it does face some opposition from the National Association of Insurance Commissioners (NAIC), which says it is concerned that there is the potential to use the agreement as a backdoor to force foreign regulations on US companies.

It is also vulnerable as President Trump’s administration appears determined to rollback as much of President Obama’s legacy as possible.

However, the agreement does enjoy robust support from the (re)insurance industry on both sides of the Atlantic.

“There have been very strong efforts on behalf of the industry both in Europe and the US to try and encourage the administration to see this as a positive agreement in the US industry, the European industry and ultimately for consumers,” says XL Catlin chief compliance officer and head of regulatory & government affairs Sean McGovern.

A recent letter from the Reinsurance Association of America (RAA) and other industry trade groups to Treasury Secretary Steven Mnuchin reiterated their support for the covered agreement.

“We urge Secretary Mnuchin to support and sign the Agreement as negotiated. It is a significant win for US state-based regulators and for US insurers and reinsurers. The agreement makes US companies competitive in the EU and supports the US argument that that international regulatory bodies must recognise the strength and structure of the U.S. insurance regulatory system,” says RAA president Frank Nutter.

Bruce Baty, Partner at law firm Dentons, says: “Ceding insurers, particularly in the US, could benefit from even more competitive pricing in an already soft market. In theory, consumers could in turn benefit from the lower pricing and savings achieved by reducing collateral requirements. As a practical matter, however, it is likely that business as usual will continue with little noticeable change in the markets as a result of the agreement.

Baty adds: “The agreement could, however, create additional pressure on granting the US unqualified Solvency II equivalency since the US will at least arguably now have in place equivalent protections across all of the relevant Solvency II criteria.”

…the deal will lighten the regulatory load on reinsurers as it will help provide a single uniform approach to the way reinsurance is regulated in the US market.

It is the agreement to lift requirements for many reinsurers to hold capital against their business either side of the Atlantic, after more than 20 years of discussions, that remains the big prize for reinsurers. It is easy to see why as some estimates say this will free up $40bn worth of collateral posted in the US by European reinsurers, which can then be used for underwriting or investments.

McGovern says: “Over time you’d expect to see lower levels of collateral having to be lodged in the US. Inevitably over time that will make reinsurers more capital efficient, which should have the effect of releasing more capacity into the market. In the long run that will have a positive effect on availability and on pricing.”

In addition, the deal will lighten the regulatory load on reinsurers as it will help provide a single uniform approach to the way reinsurance is regulated in the US market.

McGovern concludes: “The wider benefit is that post-financial crisis reinsurance has been constantly challenged by protectionist measures put in place by various markets around the world that make it difficult for international reinsurers to access markets and take risk.

“If you have a situation where the two largest reinsurance markets in the world, the US and Europe, have reached a landing and implemented a way of regulating reinsurance that creates a level playing field, then that sets a very good example for other markets around the world.”