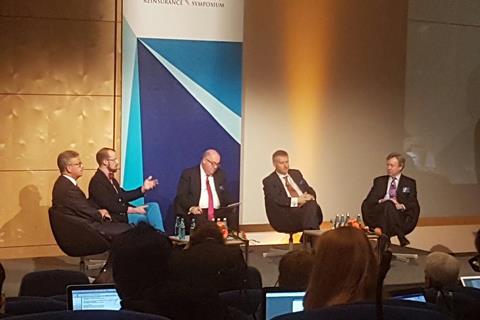 Lack of public sector trust in the motives of the reinsurance industry could stifle the public private partnerships (PPPs) that are being developed to tackle the penetration gap.

Speaking yesterday at the Guy Carpenter Baden Baden Reinsurance Symposium, Swiss Re chairman of global partnerships Martyn Parker shed light on the difficulties of persuading the public sector to buy into the notion of PPP with the reinsurance sector.

Parker said: “When we get that public sector interest in our business, and transacting and sharing risk with us, they are very happy. But there is some effort to get them to that stage.”

During the Symposium, for which the agenda was ‘Bridging the gap – is the industry doing enough to attract risk from the public to the private sector?’, Parker highlighted that this reluctance was not due to lack of awareness of the penetration gap on the part of the public sector, as many are feeling the pressure of public opinion with regard to risk management.

“Public opinion is applying pressure, as are the newspapers: they’re calling on the government to act like other countries do and shift some of this risk.”

At the same event Flood Re chief executive Brendan McCafferty spoke about the impact public opinion had on gaining public sector trust and ultimately the successful establishment of the UK’s flood pool.

McCafferty said: “We needed to be very tenacious. They were naturally quite suspicious – ‘who wins here?’ is the question that policy makers start with. But what we need to ask is ‘what do you think is going to happen if the current situation continues?’ The answer is they pay, and they don’t want to – quite naturally and understandably.”

McCafferty went on to add that by the time Flood Re launched it had been signed off by the UK prime minister, the chancellor of the exchequer, and several ministers: “They took a keen personal interest in it; the point of their motivation was undoubtedly a political one. It was too avoid the very long-term risk that the government would end up paying in the event of catastrophe.”

He continued: “It was also to make sure that they would avoid the difficult conversations with the homeowners after a flooding event when they would be asked, ‘what are you going to do to get me back in my home because I’m not insured?’. So there’s a very strong political driver.”

Parker summed up the public sector trust issue succinctly by stressing that the industry needs to “ help them help themselves”.