The executive team will lead Lloyd’s while Neal recovers

Lloyd’s of London chief executive, John Neal will be taking a leave of absence after being involved in a collision with a car while riding his bike.

The incident happened on 26 March. 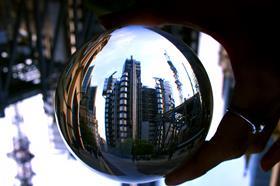 A spokesperson for Lloyd’s said: “Neal was involved in a collision with a car while riding his bike. Neal sustained serious injuries and is undergoing treatment in hospital, however he is expected to make a full recovery.