2022 is proving to be a difficult year for the industry and the wider world. This is according to Luzi Hitz, chief executive of PERILS, speaking to Global Reinsurance ahead of the Rendez-Vous de Septembre in Monte Carlo.

”There are many uncertainties,” he says. ”In the past hard markets such as 2006 were triggered by KRW [Katrina, Rita and Wilma], which was quite clear cut. There had been huge losses and payouts, no profits and all of that needed to be recovered. It was something that was only really an issue within the global insurance and reinsurance industry. The rest of the world moved on with reinsurers and insurers helped to manage the effects of these big events.”

“Now everyone is seeing an impact from investments, inflation, climate change effects and it really feels like rather troubled times to me.”

“One of the things we learnt from COVID is how fragile supply chains can be and it’s the same in the reinsurance world,” Hitz explains.

“For the industry, there is a risk transfer chain (with risks ceded from corporates to insurers and onto reinsurers, retro providers and the capital markets). It’s a fully functional chain and if one of the cogs in the wheel is locked, that goes through the entire chain.”

PERILS data is increasingly being used to structure industry loss-based reinsurance and retrocession risk transfer solutions, including ILWs and catastrophe bonds. Hitz notes that demand for such products has grown as the market has hardened and retro capacity diminished.

“The use of industry loss triggers moves with the hard and soft phases of the retrocession market,” he says. “When indemnity retro is less readily available, one alternative is to switch and this is something we are seeing.”

“Our data is being used as industry loss triggers, facilitating in some small way the working of the risk transfer chain,” he adds. “We feel we are part of the oil in that machinery.” 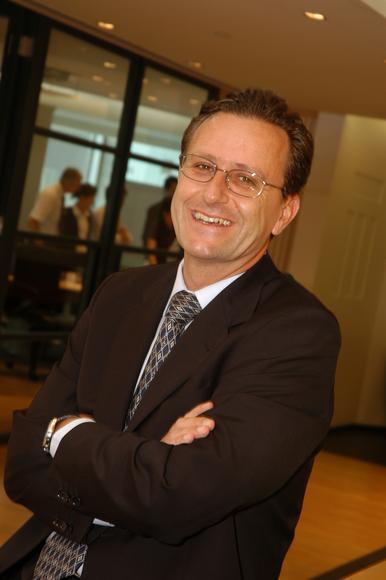 It comes as the industry association today announced the expansion of its market coverage to include exposure and event loss data for European flood.

As well as reporting on large European flood events, the company has created a market industry database that opens up new possibilites for industry practitioners to better understand and price the risk, and even structure new risk transfer products.

Flood losses in 2021 and 2022, including the Central European floods in July 2021 and East Coast Australian floods earlier this year, have challenged the industry’s thinking about so-called secondary perils.

“For insurers flood has always been a principal concern, its the modellers that have treated it as a ‘secondary’ peril,” says Hitz.

But to be in a stronger position to track such loss trends over time - including the influence of climate change on extreme weather events - PERILS should have been set up 50 years ago, Hitz quips.

“You need to have a longer term series to track such trends, it takes time and perceptions are very often driven by the more immediate past.”

Nevertheless, it is down to strong demand from insurance industry clients that PERILS has expanded its capabilities to include European flood and Japan wind and flood (announced in June), offering some indication of where the market is focusing its attention.

Hitz says losses so far in 2022 reflect a below average frequency of events (for the regions and perils tracked by the industry body), but present a sizable severity of loss. “We had the European wind series in mid-February, the Eastern Australia floods, which were large both for the region and on a global scale.”

It is inevitable that event losses going forward will be influenced by inflation, he adds.

”If there is damage you need to repair it and you need labour and materials, which are all subject to supply issues and shortages, driving up the price of repair. This is already having an impact.”