How regulation is opening up Brazil's reinsurance market 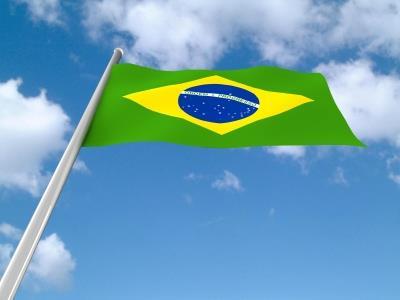 The change will be brought about by a combination of risk-based prudential rules and a gradual opening up of the country to global reinsurance. But what are these changes, and what do they mean for reinsurers?

Brazil, along with Mexico, is at the forefront of the implementation of Solvency II-like capital rules in Latin America. It has been among the first countries to be granted an equivalent status by EIOPA, Europe’s insurance supervisory body.

In the past few years, the insurance market has been preparing itself for tighter capital requirements demanded by Superintendência de Seguros Privados (Susep), the country’s own supervisor, which also include the implementation of capital models and stiff governance requirements.

The pace of the adoption of the new rules is believed to be unequal among the country’s insurers, and some critics have complained that the tight calendar imposed by Susep on the market for the implementation of the rules is putting pressure on results as insurers need to put apart larger shares of profits to meet the capital requirements.

But analysts believe that the general set up of the changes is broadly positive and should put Brazil on a pair with developed markets when it comes to insurance regulation.

“For the industry as a whole, it is a positive process,” said Marcelo Augusto Dutra Labuto, the chief executive of BB Seguridade, one of Brazil’s largest insurance groups. “It is introducing more security in the market, keeping eventual adventurers away, and boosting the professionalisation of operations, which all makes that insurers have better criteria in their methods and models.”

Labuto stressed that the new capital requirements that will be gradually implemented in 2016 and 2017 have been discussed for several years in the Brazilian market, providing companies with time to get ready.

“We have been, in the course of the past two or three years, implementing adequacies to our provision models, in preparation to this process,” he said. “Every time Susep has defined the new rules and deadlines, in our case, we have already been prepared to meet the new requirements.”

But not all companies are finding it easy to meet the tougher capital demands imposed by a risk-based prudential model, as Susep itself has acknowledged. In a speech at the Conseg, Brazil’s largest insurance conference, in September, Susep head of risk monitoring, Victor França said that, for some insurers, risk management practices are still not up to scratch.

“Some companies are doing it very well already, like those that are linked to banking groups, as the Central Bank has been demanding advanced risk management practices for some time already,” he said. “Others, because they are foreigners, or because their managers have bought into the idea. But some companies are well behind.”

Most of Brazil’s largest insurers, including BB Seguridade, are units of the country’s powerful banking groups. To homogenise risk management practices in the market, however, Susep is preparing a technical note detailing the systems that companies need to have in place to meet the new prudential rules, França said.

One of the expected consequences of tighter capital rules is a more sophisticated use of the reinsurance market by Brazil’s insurance companies.

“Today, reinsurance is already part of the capital strategy of insurers. With the implementation of the Solvency II-like rules, it becomes even more necessary,” Labuto pointed out. “It is necessary to have a good strategy to identify risks, to understand which risks a company retains and which ones it transfers to reinsurance, to grasp how this mix of business is made. All of this will be part of the success of insurers, and from now on, all of them will keep it in mind.”

In this sense, the opening up of Brazil’s reinsurance market, announced by the government a few months ago, could provide an important strategic route for insurers who may want to take advantage of the global soft market to reduce costs related to its capital reserves.

The liberalisation is gradual, but it will bring the local reinsurance reserve from the current 40% to 30% in 2017 and 15% by 2020. Intragroup transference of premiums, which are now restricted to 20%, will also be gradually upped, reaching 85% five years from now.

For the moment, Brazilian insurers are making ever more use of local reinsurance, to the detriment of international transfers of premiums, according to the latest market report by Terra Brasis, a local reinsurance company.

But that could be an effect of the dramatic devaluation of the real, the local currency, against the dollar, which have greatly increased the cost of international reinsurance operations by Brazilian cedants.

But the IPO, which was expected to take place in the second half of 2015, has been delayed due to Brazil’s dire economic conditions and its slumping stock markets, which have frightened investors. Another important IPO, of mass-market insurer Caixa Seguridade, has also been delayed. Both IRB Brasil and Caixa Seguridade are majority owned by the Brazilian state.

So the twin changes facing the country’s reinsurance market are positive, but it is unclear exactly when reinsurers in the region will be able to see the full benefits of these.