In its first RSV press conference as a group, WTW executives talked about the market, its conditions and opportunities 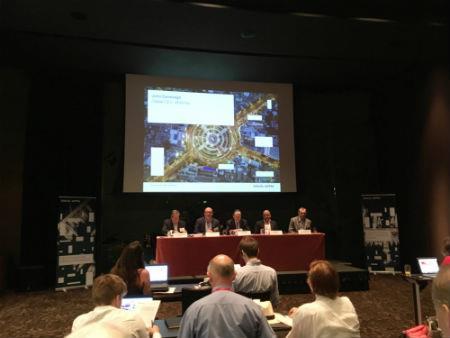 The tough market condition for the reinsurance industry were at the core of the Willis Re press conference, held on Sunday at the Hermitage hotel.

At his opening presentation, group chief executive John Haley highlighted the value of the Willis Towers Watson merger, which was closed on January this year, and said it was “different from others”, given the fact that “most tend to be scale mergers, while this is a scope one, where resources and capabilities were brought together.”

On the same line, Willis Re chief executive John Cavanagh went through what we defined as “a fantastic portfolio of services and products”, and stressed that, although the market is at a difficult point, Willis Re “has managed to grow through it”, expanding its teams and opening 10 new offices around the world in the past years.

He also noted the importance of “keeping the business moving forward through different propositions”, and highlighted the fact that, because of current pricing conditions, “this is a good time to buy reinsurance.”

Willis Re co-president and global head of casualty Andrew Newman anticipated that the “more supply than demand” scenario will “remain for the forthcoming renewals”, and highlighted that cyber is “a beacon for growth”.