LMA director on Solvency II and the market 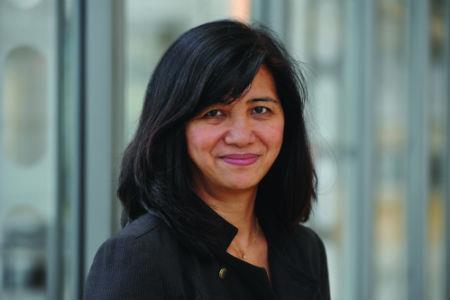 How does the introduction of Solvency II impact on Lloyd’s and its syndicates given its very unique business model?

Solvency II applies to Lloyd’s as the association of underwriters known as Lloyd’s. It doesn’t apply directly to each managing agent. So strictly speaking, managing agents are not subject to Solvency II. But, for Lloyd’s to be able to comply, every managing agent will need to comply.

If a couple of managing agents have failed the test so to speak, so how can Lloyd’s then produce an internal model that will pass the test when it’s only 98% correct.

That’s where proportionality comes in. If those two managing agents are managing two syndicates which are small and the risk that they pose to central assets is also small then it doesn’t matter to Lloyd’s as a whole if these two agents have failed to comply with Solvency II. However if the business underwritten by the two managing agents wwas very high risk business that if the syndicate they manage should fail and have a material impact on central assets then obviously it would matter. And Lloyd’s won’t get approval for its internal model in these circumstances unless therewas sufficient central assets to cover these risks.

How have the syndicates found the lead up to Solvency II, particularly with regard to being compliant with the standards?

Over the last few years or so since we started working on the internal model, with Lloyd’s reviewing the work of the syndicates, there have been various stages where there were a few managing agents that had not done sufficient work to be fully compliant.. Now the number that is not fully compliant is actually very small.

Lloyd’s have advised the market in the recent past, that those syndicates who do not meet the S2 standards, will be subject to a loading on their capital requirement.

From the Lloyd’s point of view it means that at the central level they may have to put in additional capital to cover that. So, this is accounted for in the Lloyd’s internal model.

Does the knowledge of the capital at the central level act as a safety net in the minds of the syndicates?

All the figures come from syndicates, so it is important for everybody to actually provide a figure to Lloyd’s to be able to build the model. But the model is not just about a computer number, the model is also about your systems and how you’ve assessed your risks when arriving at the syndicate capital requirement figure.

Managing agents have proper processes in place that are to Solvency II standard – they have the same sign-offs, the same certificates. It is a very rigorous process.

At Lloyd’s you’ve got to be compliant at all times. It’s not just being compliant at that point in time and saying ‘oh I’ve done it now so I can move on’. You’ve got to be always complaint; otherwise the Lloyd’s central capital might be at risk,as well as Lloyd’s reputation. When people abroad buy a Lloyd’s policy, they don’t say ‘oh I’m buying this ‘Catlin’ policy’ they say ‘I’m buying a Lloyd’s policy’. That’s the difference.

With this in mind, are the Lloyd’s minimum standards slightly higher than the Solvency II baseline – particularly as the internal model is based on framework directives and not final legislation from Brussels?

They are not higher and the internal model is not based on ‘framework directives’ but on legislation and rules from Brussels as they are being promulgated. There are some Lloyd’s specific standards, because you need these to protect the franchise. They incorporate Solvency II requirements as we know it, so if they do change, the Lloyd’s standards will be amended at the same time.

How is Solvency II compliance impacting on Lloyd’s expansion into new global markets?

A lot of those jurisdictions would have similar requirements, so if Lloyd’s were fully compliant with Solvency II, they would be very happy with that. So it wouldn’t be impacting at all, in fact they would welcome it. If the Lloyd’sr Internal Model was approved that would send a strong message that Lloyd’s is well regulated,manages its risks very well and has sufficient capital to cover these risks. That’s a positive message.

If you’re moving your capital to a different jurisdiction, does that mean that you would have to then raise the capital levels in Lloyd’s?

If you start moving capital to variousjurisdictions, it does become very costly.

If you’re having to house your capital in a particular jurisdiction due to Solvency II, how does that impact on expansion, given what those regions would like from you?

It would be down to the managing agent. If people feel that the business is worth having and it’s profitable then they will do business in that jurisdiction after working out the relvant costs (including cost of capital). So it would be down to the individual managing agent. Solvency II does not require capital to be housed in any particular jurisdiction.