It is impossible to anticipate every potential type of clash event, points out Aspen group chief risk officer and head of strategy Richard Thornton, but a dynamic process of scenario generation, quantification and mitigation provides a strong foundation for managing these complex exposures. 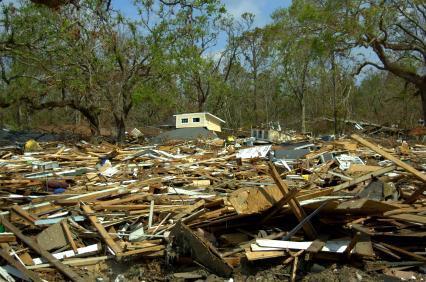 Natural catastrophe (“Nat Cat”) events such as hurricanes and earthquakes have historically been viewed as the key source for shock losses to the (re)insurance industry. The record, as shown in Chart, demonstrates that, on average, annual industry losses from Nat Cat events are 6-8 times higher than man-made events.

However, the 2015 Tianjin port explosion, with estimates of the insured costs in the region of US$2.5-3.5 billion, re-emphasised the point that severe accumulations can also result from clash events.1 And, of course, the $25 billion cost of the World Trade Centre (“WTC”) attacks, demonstrates that clash events have the potential to generate very significant losses.

Importantly, the premium base to absorb man-made losses is much smaller than Nat Cats, reflecting their smaller expected losses. As a consequence, underwriting results are inherently volatile. For example, the aviation war (re)insurance industry suffered an estimated loss in excess of 350% from the single event at Tripoli airport in 2014. In addition, there is generally a longer payback period following a clash event.

Tianjin was not an unprecedented peril as accidental explosions are a known risk, yet some parties will likely have been caught off guard by the scale and randomness of this specific event. It served as an important reminder that such clash events should also receive proportionate resource and management attention.

Quantification of man-made events, including the availability of third party vendor products, is in its infancy compared to the modelling capabilities available for Nat Cat risks. Man-made perils also possess several features that complicate robust risk assessment and include:

•Variability: Clash losses are defined as any event excluding Nat Cats, where multiple losses can arise from a single instance. This encompasses a large heterogeneous pool of perils with an extensive range including, war and terror, aviation and maritime, legal changes, economic recessions and cyber. Each of these perils has widely differing characteristics and demands different treatments.

•Geographical location: Accumulations often cannot be defined in terms of the location of the insured. For example, cyber-attacks have no geographic boundaries and can target all world-wide users of the compromised technology. Paradoxically, for terrorism, the affected area is so specific (e.g. a 250m radius blast zone) that the modelled loss for any one location can be sensitive to small portfolio changes and only a fraction of the potential targets can be assessed.

•Sparse Data: Given the low frequency of significant clash events, there is limited experience to inform assessments of realistic loss scenarios. For instance, as shown in Table 1, the top 40 events since 1970 contain 25 wind events (across the U.S., Europe and Japan) and six global earthquake events, but only the single WTC terror loss. Inclusion of the Tianjin explosion and the 2007/08 recession as a clash event for financial and professional classes does little to change the picture.

•Constant Evolution: Perhaps the most important feature of man-made events is also the most simple – i.e. that they are intrinsically affected by people and behaviour, with two key consequences. First, some man-made events deliberately maximise the loss – e.g. terrorists will target the most high-value locations but tornados do not actively follow the path of greatest destruction. Secondly, the risk evolves to undermine mitigation attempts – e.g. earthquakes do not increase in severity in response to improved building regulations, but cyber hackers will direct resource into defeating firewall upgrades. This serves to undermine further the data that is available. The warning that “past performance is no guarantee of future results” may be particularly appropriate.

Clash risk is perhaps best treated as a ‘perpetual’ emerging risk given its constantly evolving nature. Information and methodologies need to be continually revisited as risk drivers and actual losses change and develop. The extensive range and variation in man-made perils calls for an equal variation in the approaches adopted, in order to provide insight across areas as diverse as:

• Physical Disaster: Defining accidental events such as explosions, collisions, and other physical scenarios that have the potential to produce multiple claims within an individual line of business and/or across lines of business.

• Economic: Quantifying the potential for multiple insureds to be affected by underlying “macro” economic conditions.

• Cyber: Identifying common vulnerabilities across both standalone cyber policies and traditional policies providing all risks coverage – where insureds share dependencies on the same suppliers, utilise the same systems/technology, or simply operate within a sector inherently prone to attack (e.g. healthcare).

• Terror: Calculating the total exposure to a range of attacks at key target locations – utilising both conventional explosives and “NBCR” (Nuclear, Chemical, Biological and Radioactive) materials – supplementing available modelled losses for core classes such as Property, with assessments of the additional loss potential from other affected classes.

• Liability: Recognising the potential for a single issue – such as a legislative change, or the establishment of adverse side effects to a product – to trigger multiple claims.

Knowledge of the business underwritten and an understanding of the relevant external drivers - plus ongoing monitoring of both - is demanded by all of the methodologies noted above. The disaster scenario approach is one example and can be represented as an iterative cycle (Chart 2), with the following core steps completed on a regular basis:

• Portfolio Analysis: The “risk profile” (e.g. the key elements and quantum of cover) across all Insurance and Reinsurance lines of business should be defined and updated. This understanding is essential for identifying both the potential sources of clash losses and the policies affected by each.

• Scenario Construction: Given this risk profile, the events that have the greatest potential to generate a clash loss should be clearly articulated. It is important to realise that the potential sources of these losses at the total portfolio level may be very different from the sources of normal loss experience at the class level. Insight from actual losses, including extrapolations from such events, is a valuable input. For example, although Tianjin occurred in an emerging market, scenarios can be constructed to consider the insured loss implications of such an event occurring in a mature market.

• Exposure Quantification: The approach to calculating the financial loss associated with each scenario needs to be proportionate to the size/complexity of the exposure. This will range from simple sum of limits, to “PML” (probable/ plausible maximum loss) assessments, to the use of dedicate internal or third party models.

• Risk Mitigation: These results can then inform the management of the risk, against the established appetite. For the scenarios generating the smallest losses this may simply be keeping the exposure under review or amending/ replacing the scenario for future iterations. Scenarios generating the most material losses may identify the need to establish more sophisticated risk quantification techniques or to reduce the level of exposure.

• External Driver Identification: The external drivers that impact clash loss potential must be identified and updated. This stage also leverages the emerging risk process – e.g. considering factors across changes to economic and political stability, trends in legislation and litigation, and advances in technology.