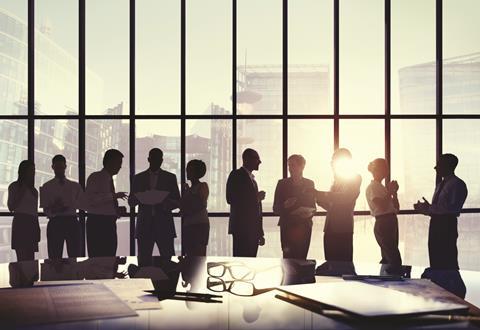 According to JLT Re, reinsurance rate declines continued to slow at the 1 June renewal, reaffirming a trend of gradual price stabilisation that first emerged during the 2015renewal. In addition to this, risk-adjusted Florida property-catastrophe ROL Index fell by 3.1% this year, which compares to a fall of 8.5% at 1 June 2015 and 17.1% in 2014.

JLT Re’s national catastrophe practice co-leader Bob Betz said: “Average reinsurance rates fell for a fifth consecutive year at the 1 June 2016 renewal, although reductions slowed significantly compared to previous years. Risk-adjusted pricing typically fell within a range of flat to down 5% as markets generally held firm against attempts to negotiate higher discounts. Indeed, efforts to achieve reductions in excess of 5% on any one layer were met with considerable resistance.”

Betz also highlighted that ILS pricing alligned more closely to traditional markets this year than it had in the past: “Significantly, there was some evidence through the renewal process of pricing levels converging between traditional and insurance-linked securities (ILS) markets, reversing the decoupling trend that first emerged in 2013 when ILS investors deviated away from price expectations set by the traditional market. This pricing consensus meant most programmes renewed within a narrow range of flat to low single digit reductions in 2016, although changes to terms and conditions added to the overall economic benefit of cedents in some instances.”

In addition to converging pricing levels between the traditional and ILS markets, JLT Re pointed out three other key developments that contributed to this trend, which was the overriding characteristic of this year’s renewal:

1.    Pricing for Florida business is approximately 38% down on 2012 levels and only 17% above the previous cyclical low of 1999/2000, implying limited scope for further profitable pricing reductions.

2.    Evidence of increased underwriting discipline amid margin compression, deteriorating results, increased catastrophe activity in the first five months of the year and predictions of elevated hurricane activity in the North Atlantic due to the potential onset of a La Niña event.

3.    Stable demand for reinsurance cover (after a significant increase last year) as reduced placements by some state-backed insurers was offset by increased appetite within the private market.

Commenting about what to expect about the rest of the year, JLT Re global head of analytics David Flandro said: “Surplus reinsurance capacity continues to contain any prospect of higher reinsurance rates. Nevertheless, with current pricing levels testing technical minimums, slowing capital inflows, pockets of increased reinsurance demand and a series of catastrophe losses so far this year, several programmes renewed slightly down or as expiring at the 1 June renewal. The trend towards price stabilisation is expected to persist for the remainder of the year, depending on loss activity.”

At the end of Q1 of 2016, JLT Re estimated dedicated sector capital to be at record levels having risen to $321bn from $315bn at year-end 2015. Reinsurance supply continues to exceed demand and the market is awash with capacity.

“Reinsurance remains a buyers’ market and current conditions present cedents with a compelling opportunity to lower their costs of capital, increase franchise value and pursue more profitable business. After one of the most costly starts to the year since 2011 with significant catastrophe losses in the United States, Japan and Canada, and with predictions of an active North Atlantic hurricane season, cedents should consider taking advantage of the competitively-priced capacity currently on offer.”