Alice Vaidyan, the first female chairman and managing director of the GIC Re talks to Global Reinsurance about the role of India in the region, the local market and its expansion plans 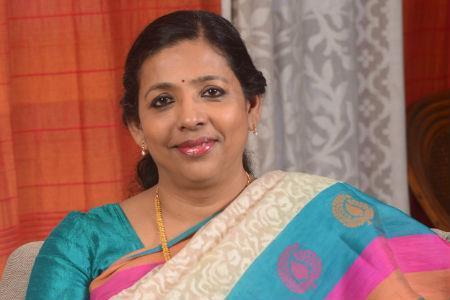 Congratulations on your new role; from my understanding you are not new to GIC and are well established within the industry.

I took over this role on 25 January, but I have been with General Insurance Corporation of India (GIC Re) for eight years now, and I have almost 33 years’ experience in the insurance sector. I am taking over at a time when the insurance market has opened up to foreign reinsurers. We have Hannover, Munich, Swiss and Scor with their initial round of licences cleared by the regulator and they are waiting for the next round.

How will these big players entering the Indian market affect it?

We have huge growth here – it has always been in the 10% to 15% range – so there is room for everyone to grow. I think they will bring a lot of expertise into the market, and there will also be some price realignment happening, which I think will be good for the market as a whole.

In such a fast-growing economy, what would you say are some of the biggest opportunities?

There are 100 smart cities coming up, another 50 little ones are looking up to set metro rail systems, and we’re looking at building 15 million affordable houses. We’re looking at huge growth in the renewable energy sector as well. Regarding agriculture, India will be the third largest market after US and China, so the government wants to cover all the farmers in the country – out of a population of 1.2 billion people, 70% live in villages. The government has huge plans for growth here.

Having such a large proportion of the population in rural areas, would there be scope for exploration on microinsurance?

There is definitely scope for it. Penetration levels in India are less than 1% for non-life, and less than 4% including life, so the insurance gap is huge. I think (re)insurers can play a big role in helping to build inclusive societies and closing that gap in emerging economies, where it is most needed.

You mentioned earlier the development of India’s smart cities; there is definitely scope for innovation, disruption and opportunity in the insurance industry here.

India is the world’s best experiment in digitisation. In India we have a lot of software talent that we export and we are an English-speaking population. Digital India is a big project of the government. Furthermore, we are the youngest country in the world, with half of our population below 30. So we are going to have a working population for a long time to come, and we’re taking the viewpoint that these 1.2 billion is going to be an asset to the country, instead of a liability. The government has an ambitious programme that aims to give bank accounts to the entire population by 2020. Right now, out of 128 million people, 80 million have banking accounts. There are also small life insurance products with a personal accident product linked to that. If all are covered by insurance and there is also financial inclusion [we have a clear opportunity here].

How are these ambitious programmes going to be set in motion in the insurance sector?

I think the most important thing in any insurance involvement program is to build up financial literacy and awareness. Unless there is awareness people will never buy, because insurance has always been a push product. The government has to play a big role in terms of raising awareness and turning it into a pull product. There are initiatives aimed at young people in schools and colleges, and with all of this I think India is at a take off stage.

Looking at both the innovation happening in India, and the drive to close the penetration gap, is there potential for the exploration of public private partnership to help with this, or for pools to be developed?

Pools might take a little time, but public private partnership is definitely happening. Because there are growth plans and we are looking for things to be done in a short span of time, then we have to get a lot of involvement for plans to roll out smoothly.

China’s slowdown has sent ripples around the world. Without having such a dominant force in the region, is this a good time for emerging Asia to really evolve and step forward?

Taking this new dynamic into account, what role could GIC Re play in the region in terms of insurance?

We are one of the biggest players in the market, and we are planning to expand that road and become bigger. We have office in London, Dubai and Malaysia, so those main regions are covered, and we also have an office in Bhutan and we are thinking about having one in Myanmar and Bangladesh, and to have a bigger presence in the Nepalese market. So I think there are good chances for us to grow at the pace we want to.

You are clearly embarking in a progressive journey with GIC as its new chief executive; what significance does being its first chief executive have for you?

The Indian insurance sector has not had a lady CEO, so I think it was time. We need women in leadership roles, and at the top of the sector they are in. I think for women leaders like me, our job will be to mentor young women to come into leadership, because that is what we don’t have. By pure merit I have been able to come up and I hope I serve as a role model for many women in the Indian market to have confidence in their own abilities.