What impact would an event like this have on our world today? Tim Evershed investigates 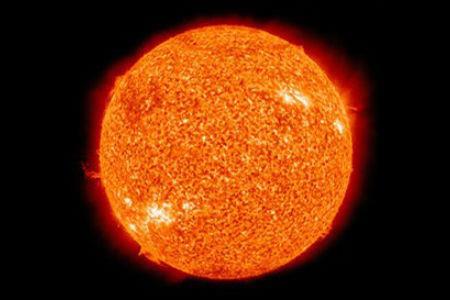 In September 1859 a series of an enormous solar flares erupted on the sun’s surface sending a super mass of photon particles racing towards the earth. What has become known as the Carrington Event overwhelmed the planet’s magnetic field causing extremely bright aurora and disruptions of electrical systems.

Within hours, telegraph wires in both the US and Europe spontaneously shorted out, causing numerous fires, while the Northern Lights, the phenomena usually associated with the Arctic Circle, were documented as far south as Rome, Havana and Hawaii.

If such an event today’s world the impact would be far more drastic due to the increase in usage of electrical systems that now dominate our daily lives.

A major solar storm could see a regional loss of power that means most commerce stops immediately. Fuel stations, pipelines and ATMs would be amongst the first systems predicted to fail followed shortly afterwards by both land lines and cell phones.

A loss of clean water would follow within a few hours and even emergency facilities like hospitals, which have backup generators, would only have power for a few days.

It is events such as this that have stress tested by the Cambridge Centre for Risk Studies’ Helios Solar Storm Scenario. These stress tests examines the business and industry impacts of an extreme space weather event affecting the Earth, resulting in a US-wide power system collapse that leaves some areas of the country without power for up to a year.

Dr Ed Oughton, Research Associate, Cambridge Centre for Risk Studies, says: “There has been a debate across the globe between people who think there could be very, very severe outcomes from a space event and those who don’t see it as a risk. It can be quite a ferocious debate, particularly in the US where they are bringing in new regulations to protect the electricity grid.”

The study found that the total direct shock of the storm and its subsequent power-loss effects to value-added activities in the US could amount to $220 billion to $1.2 trillion across scenario variants, corresponding to a percentage loss of 1.4% to 8.1% of US GDP.

The study also claims that the impact on the US insurance industry could be at least $55 billion with more than 90% of claims from service interruption coverage within property insurance policies.

“The insurance industry is well-capitalised and quite resilient to catastrophes, but there is a chance that some insurers, particularly smaller, natural catastrophe specialised firms, would be severely stressed by the type of events articulated in the Helios paper,” says Brad Fischtrom, Managing Director, Head of Scenario Development and Stress Testing, AIG Property Casualty. “Given the insurance industry’s role in intermediating risk and providing risk management services, insurers are working to advance public and private sector awareness of solar storm risk.

“In addition, the insurance industry can be a strong catalyst for further investment in space weather forecasting, geomagnetic storm damage modelling, and risk mitigation protocols for governments, power generation companies and other industries.”