The veil of silence in the London aviation market

Why the market needs a frank debate about broking practices 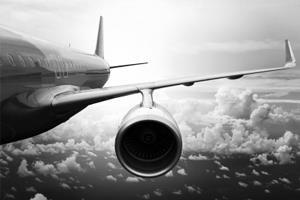 There is a veil of silence stifling debate in the London aviation insurance market. This silence surrounds a seismic shift in broking practices, and the result is a practice that divides the market but that no-one wants to address directly.

In short, the London aviation insurance market is reacting to a shift towards more broker-led facilities, which are slowly packaging up previously uncommoditised aviation business.

These portfolio facilities, dominated by the big brokers, are slowly usurping the traditional London market aviation insurance model of brokers speaking to underwriters on individual placements.

On the surface, these broker-led facilities are just another way of placing business at the smaller end of aviation insurance. But closer examination reveals that the growth of these facilities is causing a rift in the market.

We found that the issue is tacitly acknowledged by many but publicly recognised by none, hinting at the scale of the raw feelings surrounding the subject.

For example, a spokesman for Lockton said that “perhaps unsurprisingly” the broker would not comment on the issue.

The same was true for Aon, where a spokesman told Global Reinsurance that their “aviation team have declined on this occasion”.

Indeed, it seems that the only way to convince aviation insurance players to speak about their true feelings on the issue is to promise complete anonymity. Even then, none of the five largest insurance brokers would speak to Global Reinsurance on the issue.

When smaller aviation brokers were contacted to comment on the behaviour of their larger peers, they too declined to comment.

The same is true of aviation insurance buyers contacted for interviews.

However, aviation insurance lawyers were more forthcoming, provided they could speak anonymously.

One lawyer said that both brokers and insurers were reacting to rock bottom aviation rates, causing tension on both sides.

“The amount of people willing to put their money at risk in aviation insurance is still very high,” said one. “The rates aren’t going up. Historically, big losses like the Malaysias [Malaysia Airline crashes of 2014] would have caused a rate rise. But it is still not having an effect. Underwriters want to put rates up, but as soon as they do that they lose business.”

On the broking side, this lack of money in the market has led to intermediaries seeking new ways to make money, said one aviation lawyer.

One example of this is the trend for aviation brokers to try to win sections of clients’ aviation bursaries themselves, he added.

“When other people put forward ideas that don’t benefit brokers they get a stone wall,” he added. “Brokers aren’t giving up on the fight.”

Broker-led facilities were another example of this, the lawyer said.

“There is a headache for insurers that that is happening on bigger and bigger things,” he said. “Underwriters have a bigger downside and have less of a chance to quote properly.”

But insurers were not always the put-upon party, another lawyer added, and pointed out that insurers such as AIG Europe were now selling low-level aviation insurance online and cutting out traditional brokers.

“It’s a rear-guard action,” he explained.

Lawyers agreed with the panel’s belief that the aviation market was losing talent as a result of modern market practices.

“There are people with world-leading experience who will retire in 10 years,” said one. “The number of 27-35 year olds seems smaller than it did 15 years ago. The industry has to tackle this long term.”

But another lawyer said that the market pressure to keep rates low was affecting the ultimate user of insurance: the clients.

As an example the lawyer mentioned a trend for combined single limits to be too low in the event of catastrophic bodily injury claims from aviation crashes.

This situation is legal but caused by cover being stripped out of policies to lower premiums.

The lawyer said that on an almost weekly basis he saw insurance buyers being sued for their assets by such claimants, often leaving the buyer without their house and other assets.

“That’s where people really do lose out,” the lawyer said. “Cheap insurance can leave people high and dry.”

“I can see how underwriters would feel powerless. The balance of power is not with them at all.”

Of course, these are just a few sides of the story. But until brokers break ranks and respond publicly, the debate around this issue will be limited to the views of aviation insurers, lawyers and the private talks held by market participants.

What an issue as incendiary as this really needs is a public debate where the apparently entrenched market players can speak honestly and frankly about how they feel about the issue. Unfortunately it appears that this dialogue is still some way off.