2
Too good to turn down? RSA told latest offer better than Zurich’s 2015 bid

Too good to turn down? RSA told latest offer better than Zurich’s 2015 bid

RSA is getting ”more than fair value” from the £7.1bn consortium offer being put forward, according to analysts at Jefferies.

Canadian insurance giant Intact and Danish insurer Tryg want to carve up RSA based on geography.

Intact will keep RSA’s Canada and UK and international operations for £3bn, while Tryg will take control of the insurer’s Sweden and Norway business by paying £4.1bn.

Jefferies said Intact has a 17% market share in Canada, which would be boosted to 23% following the deal.

Meanwhile, Tryg would become the largest non-life insurer in Scandinavia thanks to the Swedish and Norwegian purchases.

Analyst firm Berenberg said this is a sizeable deal for Tryg, representing 50% of its market cap.

It would need to raise debt and equity from shareholders to finance the deal, meaning there is an execution risk.

Berenberg pointed to regulatory hurdles with the deal.

”In our view, regulatory concerns about further consolidation in the already concentrated markets of Sweden and/or Denmark will need to be addressed in order for the deal to close,” they said.

Robey Warshaw, Goldman Sachs and Bank of America are working with RSA on the deal.

As reported by Insurance Times yesterday, RSA has achieved a 90% combined ratio but the Covid-hit business shrank in the UK. 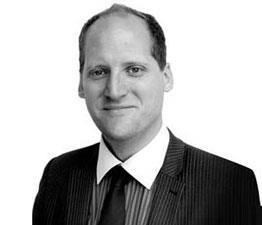