What has the industry learnt from Chilean earthquakes? 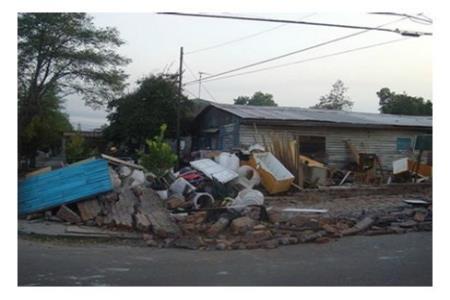 In February 2010, a big earthquake and tsunami hit Chile, killing more than 500 people and causing extensive physical damage in the country.

It was one of the costliest earthquakes ever recorded, a powerful enough event to bring chaos to Chile’s insurance industry and send property premium rates soaring.

Five years later, last September, another big quake, followed by a tsunami, created panic in the country, requiring the evacuation of more than one million people.

The regions affected were less populous than in 2010, which accounts for the much lower death rate (12 people). But the 8.4-magnitude earthquake was not too far from the 8.8 points registered in 2010, and physical destruction was again considerable.

The insurance market, however, barely moved. Property rates in the country remain lower than before the 2010 quake, and the fact that Chile has been hit by three major catastrophic events in five years (there was an 8.2 point-strong quake in 2014 as well) has not been able to change the soft market.

But what has the industry learnt from these two major quakes, and from the 14 others that have hit the country since 2010?

Taking the latest earthquake as an example, it is clear that Chile has drastically improved how it handles earthquakes, and the insurance market plays an important role in this.

In September, the country’s emergency services were broadly commended for the efficiency with which evacuations were performed in the regions affected.

The ability of many buildings to resist this seismic event also indicated that building standards in the country have improved in recent times.

On the insurance side, several lessons were learned from the 2010 earthquake that have made the industry better equipped to tackle such challenges.

One of them was to show how important it is for a small national insurance industry to integrate itself with the international reinsurance market.

Chilean insurers transfer all their earthquake risks to global reinsurers, which meant that they did not have to cope with the U$8bn of damages caused by the quake.

According to SVS, the insurance sector supervisor, the main costs incurred by the industry amounted to U$50m, in the form of renewals of reinsurance contracts.

But the quake revealed glaring problems that SVS tried to correct as a result. For instance, immediately after the quake, when the industry proved unable to deal with a catastrophe of such magnitude.

Willis Chile property and casualty manager Alfredo Schmidt says: “Insurers and brokers have contingency plans to be triggered in the case of catastrophic events.

“But in 2010 those plans were not sufficient to face the extent of the damages. More than the intensity, the problem was that it had an impact on a very wide portion of the Chilean territory.”

SVS estimated that 75% of all Chileans were somewhat affected by the quake, with the Valparaíso and La Araucanía regions suffering the most damage.

Schmidt recalled that, in the weeks after the quake, the system virtually collapsed.

The industry had to call loss adjusters and other experts from other countries to help assessing the damage and process claims. SVS decided then to implement a streamlined version of the settlement process to accelerate the payment of claims.

The supervisor enhanced its facilities to provide service to policyholders, and set up a dedicated website to deal exclusively with earthquake victims.

The changes worked, the market reacted to the urgency of the times, and before the end of that year, almost all claims had already been processed, Schmidt recalls.

“After the initial collapse, the answer of the market was very good indeed,” he says.

“By December 2010, 99% of all damages covered by home owner policies had been settled, and after three years, even the corporate policies, which require a more thorough settlement process, had been completed as well.”

The measures adopted by SVS at the time have been turned into a permanent emergency action plan to be deployed when there is an earthquake, and were triggered in September, where estimated insured losses should range between U$600m and U$900m, according to AIR Worldwide.

Before 2010, deductibles were established by law at 2%, with a maximum of 10,000 pesos. The later limit has been removed.

Schmidt adds that insurer companies have become more careful at the time of pricing the risks at earthquake exposed areas and the building characteristics of buildings.

Recently, SVS has also decided to implement the streamlined settlement process for all kinds of claims, not restricted to earthquake-related property losses.

But the market has struggled to meet these new demands.

Schmidt says: “The deadlines are so tight that it is very difficult for insurers to meet them, not the least because there is a part of the process that depends on information provided by the policy holder.

“Therefore, it is very common for the parties to request a deferral, which is something that the law allows.”

Curiously, however, despite the high exposure to the risk, earthquake insurance is not mandatory in Chile.

There are bills in Congress trying to create mandatory coverages, or some kind of protection for poor, exposed communities, which would be subsided by the state.

But it is not a done deal that the bill will one day become law. Commercially-provided cover is common for companies and better off families. Not so much, however, among the smallest businesses and poorest communities.

But it is clear that Chile’s insurance industry will continue to develop ever more innovative ways to deal with seismic events. “Earthquakes are a risk that the Chilean market has to live with,” Schmidt says. “We are always waiting for the next one.”