Hurricane Ian is expected to produce heavy rainfall and instances of flash flooding and possible mudslides in areas of higher terrain, particularly over Jamaica and Cuba.

The storm is currently moving across the Caribbean and expected to bring considerable flooding impacts later this week in west central Florida, according to the National Hurricane Center.

Life-threatening storm surge and hurricane force winds are expected in portions of western Cuba beginning today and Ian is forecast to be at major hurricane strength when it is near western Cuba.

Ian is expected to be a major hurricane in the eastern Gulf of Mexico during the middle of this week wit a risk of life-threatening storm surge, hurricane force winds and heavy rainfall along the west coast of Florida and the Florida Panhandle by mid week. 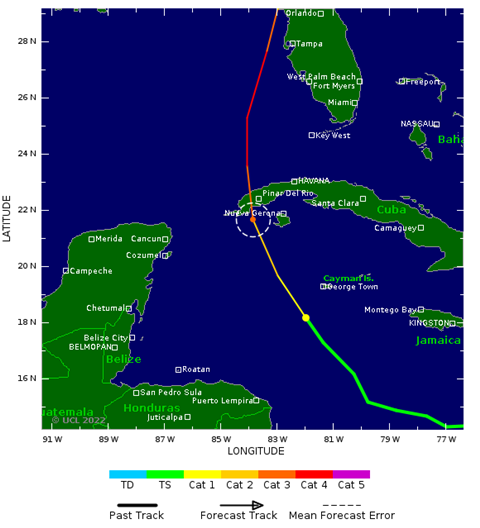