However, capacity is being squeezed in the property catastrophe market as reinsurers withdraw

Fitch Ratings has issued a neutral sector outlook for the global reinsurance market ahead of the Rendez-Vous de Septembre conference, kicking off in Monte Carlo this weekend (11 September 2022).

Addressing journalists at a breakfast briefing this morning (8 September 2022), the rating agency’s senior director Brian Schneider described the global reinsurance market as being “broadly stable” for the remainder of 2022 and into 2023 thanks to “higher risk adjusted prices” and good pricing discipline in hard market conditions, “rising reinvestment yield” and a continued strong demand for reinsurance.

Overall, Fitch predicts the market will continue to achieve underwriting profit in the next 12 to 18 months.

Premiums in the global reinsurance market are escalating this year, however, following a “temporary slowdown” during January’s renewals. Fitch Ratings believes price hikes will continue into 2023. 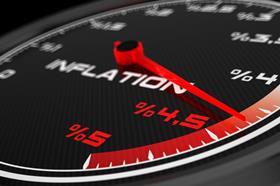 Property premiums experienced the sharpest uptick due to claims inflation, increased natural catastrophes driven by climate change and the war between Russia and Ukraine.

With regards to inflation, Schneider explained: “If [the Consumer Prices Index] does hold to be above the 10-year average for two or more years, then that could be concern for reinsurers.

“Reinsurers like predictability and not being able to understand where inflation is going makes them concerned.

“Ultimately, [inflation] does help with pricing, but if it’s above what they’re currently pricing in the business, then soon there could be some issues on the claims side – particularly in the longer tail lines.”

Inflation could also impact reserving, he added. Meanwhile, social inflation – referring to how insurers’ claims costs can rise above general economic inflation – is a “big concern” moving forward, he noted.

One mitigating factor combating high inflation is equally high interest rates, however – Schneider said the current interest rate levels have not been seen since 2014.

Despite today’s macro financial headwinds, global reinsurers have improved their net premiums written and combined operating ratios (COR) year-on-year, according to Fitch Ratings’ analysis – only two companies recorded a plus 100% COR for 2022’s H1 due to the drought in Brazil.

As for the financial impact of the Russia and Ukraine war, Schneider noted that these losses appeared “manageable” at present, although he predicted that aviation losses could hit the sector in H2 this year following limited losses in this line of business for the first half.

Schneider added that the war has so far contributed 1.6 percentage points to reinsurers’ CORs, equating to an overall $2.5bn (£2.1bn) non-life loss to date. Industry losses linked to the conflict could increase to $10bn (£8.6bn), he estimated. 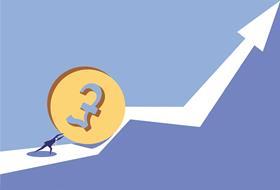 Read more…Global reinsurers about to turn a corner - S&P

Capital in the market is also set to decline by 10% by year-end, the rating agency said – the sector’s first year of capital decline since 2018.

“I’ve seen a lot of weaker periods in the past where there’s been a very competitive environment, but it seems that this time around, the reinsurers are looking to continue to deal with the rising claims inflation with higher rates, so that’s a big positive.

“But of course, there’s a lot of uncertainty in the macro environment that, in some parts, is increasing the demand for reinsurance, so we expect demand to continue to be strong.

“What could derail that? It’s really the potential for [a] global recession to cause issues with overall coverage, particularly [lines which] are exposed more to the economic cycle – be that trade credit or construction. We could see some issues if there is a wider, global recession.”

Fitch Ratings additionally flagged that it has seen reinsurers cut capacity or withdraw completely from the property catastrophe market. It believes this line of business is “close to entering a true hard market, where demand for covers will not be completely satisfied”.

It attributed this trend to “doubts on price adequacy, limited retrocession capacity and high earnings volatility”.

On the other hand, cyber is the “fastest growing global insurance product”.